OROVILLE – The Oroville City Council approved a $7,832,893 budget, over one million dollars less than the current year, at their Tuesday, Dec. 2 council meeting. 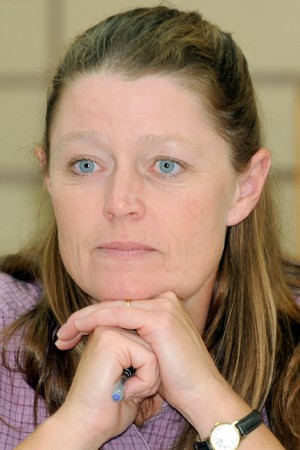 “The budget last year was $8,835,900, so it is actually down because we don’t have all the special projects this year,” said City Clerk JoAnn Denney.

Denney was referring to the Central and Cherry street and water improvement project that was completed this summer, the North End Water System reservoir and the Dorothy Scott International Airport runway improvement, all completed this year.

“The budget does contain some funds for the airport because we are looking at the potential for relocating the runway sometime in the future, so we are starting that process now,” said Denney.

While the council approved the budget at their meeting, it will not be adopted until their next meeting scheduled for Tuesday, Dec. 16.

The meeting, the second to last of 2014, was one of the shortest this year. In addition to the budget, the council revisited several issues, mostly to do with closing out the reservoir and airport projects, however, they also had an update on the city’s efforts to obtain the old U.S. Border Patrol Station at 1105 Main Street. The building has become surplus since the station was moved closer to the border, north of town. Police Chief Todd Hill reported that his department is investigating several burglaries of businesses in town.

“We are tracking down the leads we receive and I will be disseminating a list of things businesses can dow to avoid being burglarized,” said Hill. “I spoke with the newspaper about the importance of reporting suspicious activity in preventing crime.”

Mayor Chuck Spieth, himself a former Oroville Police Chief, added, “Phone calls from the citizens are so important… that’s how cases are solved.” Arnie Marchand, representing the Borderlands Historical Society, reported on the activities underway at the Depot Museum. He said that the kitchen was gone and that they were replacing the floor and painting. The group will also be moving one of the walls in the hallway to make it wider and allow for more displays.

“We are going to repaint the walls in the railroad room and are going to redo it with some of the items donated to the museum recently,” said Marchand, adding, “We are also getting four new displays from four area native schools, including Paschal-Sherman, for the exhibit on Okanagan Indians.

Marchand said several schools have contacted the society about field trips to see the display. While the museum reopens to the public in May, the student field trips will actually begin at the end of March, according to Marchand.