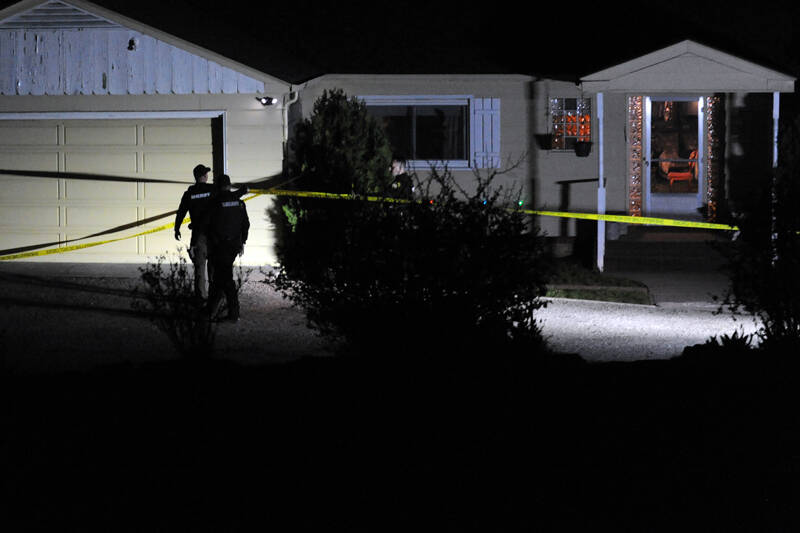 OROVILLE — An Okanogan man was arrested Saturday evening, April 16, for the murder of a 46-year-old Oroville woman in a domestic dispute, according to the Okanogan County Sheriff’s Office.

Deputies were called to the home of Siri Zosel after a concerned friend reported she had gone there to check up on Zosel, whom she had not heard from for awhile. She said Rasmussen had appeared defensive when she asked him questions, according to Hawley.

The friend “told her husband, who returned to [Zosel’s] residence and when he was able to get inside he observed Zosel lying on the floor,” said the sheriff, adding Rasmussen told the friend’s husband that Zosel had been deceased for about two days.

Rasmussen was said to be in a dating relationship with the deceased.

“On Saturday, April 16, 2022 at about 8:16 p.m., the Okanogan County Sheriff’s Office responded to a report of a domestic dispute on Westlake Road, Oroville. While deputies were responding they received information they may be responding to a homicide,” said Sheriff Hawley. “When Okanogan County Sheriff’s Deputies and Oroville Police arrived at about 8:31 p.m., they observed a deceased female in the residence along with two males.”

After deputies had checked the residence to be sure it was safe, medics from Lifeline Ambulance were able to enter the residence and confirmed the female was deceased. Rasmussen was transported to the sheriff’s office to be interviewed by detectives, according to Hawley.

“In the interview, Rasmussen confessed to shooting Zosel,” the sheriff said.

Rasmussen has been booked into the Okanogan County Corrections Center for first degree murder. The Washington State Patrol Crime laboratory has been contacted to assist with evidence collection at the scene.

Anyone with information on this investigation is asked to contact Okanogan County Sheriff’s Office 509-422-7232.